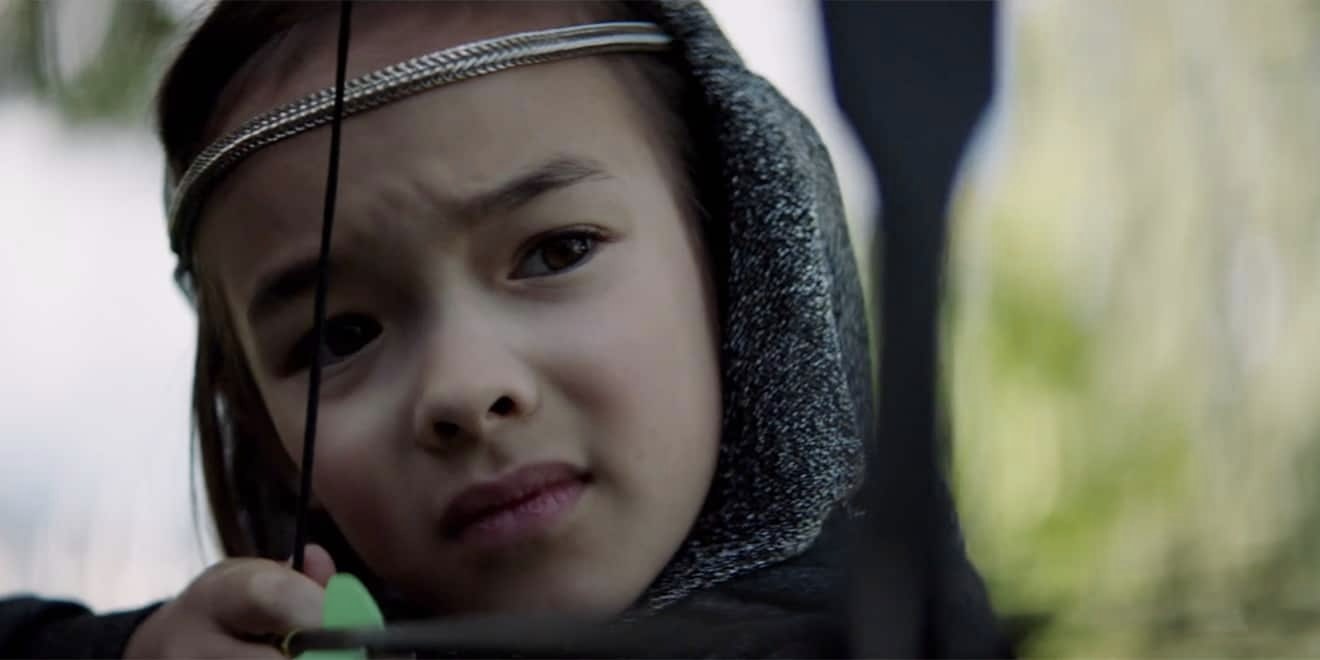 To achieve your ambitions, you need the right tools. And Pearle Vision’s new, heartwarming spot is a reminder of that.

The ad, called “Olivia,” follows a young girl with big dreams: She practices archery, she’s interested in space, she’s curious about history, and she’s an aspiring tennis player. However, vision challenges keep getting in the way: She blinks as she enlarges the text on an iPad to read an article about Joan of Arc, and accidentally hits a ball onto her roof while playing tennis in her backyard.

Her mom (a glasses-wearer herself) notices her daughter’s struggles with a concerned stare, and takes her into Pearle Vision. There, she’s fitted for a pair of round, gold-wire-rimmed glasses. After her new frames are placed on her face, her eye doctor hands her a photo, earning an instant smile from Olivia. In the next shot, she posts that picture—a signed photo of legendary tennis player Billie Jean King, who is on the court in a pair of glasses that look just like Olivia’s—on her wall of “Women Who Made History.”

“We make it a positive experience by showing that something that she needs is something that she wants,” Doug Zarkin, Pearle Vison’s CMO, said. “And that happens naturally, through the recognition that the eyewear she’s wearing is very much in keeping with one her icons, Billie Jean King. That’s what the magic is.”

Zarkin added that the touching spot (created with agency partner Energy BBDO) is one that also resonates, as one out of four school-age kids has an undiagnosed vision impairment. “The story of Olivia is a common story,” he said. “This young girl has these big dreams and aspirations, but is being limited by a vision correction issue.”

This campaign is a follow-up to “Ben’s Glasses,” the Clio Award-winning spot that premiered early last year. Like “Olivia,” it shows a child—this time, one with a pair of glasses with the wrong prescription—struggling with his vision until his concerned parents take him to Pearle Vision. Both ads were born out of results from research Pearle Vision conducted into the “nature of trust” in the vision category, Zarkin said.

“Trust, in particular in eye care, is formed through a series of small moments,” he said. “That really translates into things like the doctor getting to know a patient as a person and not rushing through an exam.”

Zarkin added that “Olivia” is a continuation of the strategy first put on display in “Ben’s Glasses.” He said: “[Campaigns like these] help us to do more than sell glasses; it’s really allowing us to earn trust in the neighborhoods that we operate in.”

“Olivia” officially launches Aug. 6 and will live globally in television and streaming ad slots, along with digital.